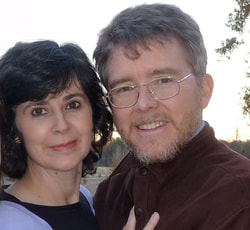 Mark and Trini Simpson, Hispanic Ministry, USA
Mark and Trini have ministered for years in Spain and Ecuador in evangelism and church planting.  Now they are engaged in prison ministry with Mark ministering in music and teaching, going into the prison on Sundays and Wednesdays.  Trini, who is from Seville, Spain, goes into the prison several times a month.  The meetings are in Spanish, so she feels right at home.  They are involved in ongoing ministry by phone to people in Spain and Ecuador, places where they have left a big part of their hearts.  Mark also heads up the ministry of Missions Support Team since the mission's director passed away in late March of 2017. 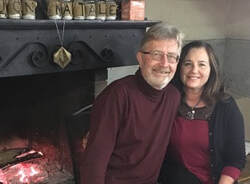 ​Horst and Amparo Bergmann have served the Lord in their native Europe for decades. Horst is of German heritage and Amparo is from Spain. They work in tent and street evangelism with a team. Going from city to city they mainly minister to the people in Italy. The team is involved in ministry in other needy countries as well. They have worked with Christ is the Answer ministries all these decades and still are part of that ministry.